The Psychology of Mass Hypnosis and American Totalitarianism 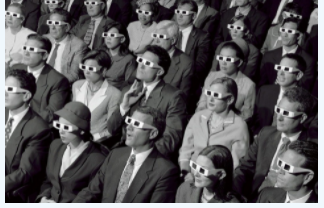 The following is an insightful and largely accurate presentation of how crowd psychology replaces independent, objective and critical thinking. It lowers anxiety and gives a sense of connection with others at the cost of rationality, common sense and individual objectivity. What we’re seeing today is a form of mass hypnosis, a psychological methodology to aid in reducing anxiety whipped up by the media and government tyrants in the first place. It’s the 21st Century version of mass hysteria. If it’s working so well with COVID-19, how well might it work with even more devastating campaigns of indoctrination and submission to follow?

Below is a summary from Prof. Mattias Desmet, the leading psychological expert on tyranny and totalitarianism and how a crowd hypnosis forms.

Totalitarianism is the opposite ….. people are hypnotized into the obedience “for the good of the collective”

We see this mass formation  finding a new solidarity together as a collective –it brings them a solution to their anxiety- the narration and ideology around the pandemic and vaccines has become “the object of anxiety”. where the free floating anxiety has found a target – an object
all they know is their anxiety is gone and they now have an answer to their anxiety and have new meaning and a new sense of solidarity — they are changed when this happens.

They are not rational anymore and not thinking critically like they once did. This is why we all know once very smart and compassionate friends that are now dumbed down and will not listen to any different voices — they are intolerant and even mean or cruel.
In hypnotism the focus narrows and narrows until the subject cannot see outside their very narrow view of what is real.
Mass formation needs 4 conditions at the same time to take place.

This has now happened. The anxiety and lonely isolation many felt before the pandemic and during the pandemic found their perfect “object of anxiety” and is solidly locked on to the pandemic and vaccine narrative…they cannot be tolerant or allow dissent or different voices and don’t want to even hear any questioning. If they wake up their “terrible anxiety” will return and the leaders of the mass formation cannot allow the mass to wake up either because when the mass wakes up and sees the true damage and loss they will be angry at those that did the damage and likely kill those leaders – in history the organizers of a mass formation are always killed by those once hypnotized that wake up and see the real world again.

30% of people are deeply hypnotized

the 30% that cannot be hypnotized; we must keep speaking out.

In totalitarianism when the last voices of dissent give up and become silent – the mass then starts committing atrocities —
for the sake of the solidarity and of the collective.

The unhypnotized 30% are a mixed band of different groups and varied religion and politics. If we don’t find common ground to unite – we lose and without the brave and continued voices of dissent those 40% fall  …

Prof Desmet says the hypnotism and mass formation he now sees is a condition clearly leading to totalitarianism.

In a totalitarian state, once normal people commit atrocities thinking they are righteous.

If we unite the 30% who are awake and wr stand together speaking every day to everyone we meet against the mass formation — against the narrative — the mass dissolves and the crisis is ended.

You don’t have to say a lot – say little things like:
“none of this makes sense”
“the data says something different”
say it to the cashier
say it at the gas station
say it to the repairman
go out of your way to say it

This is the art of resistance; spread seeds of doubt — words of dissent.

(Courtesy of Mila Moroz and Anne LaValle, via Facebook )