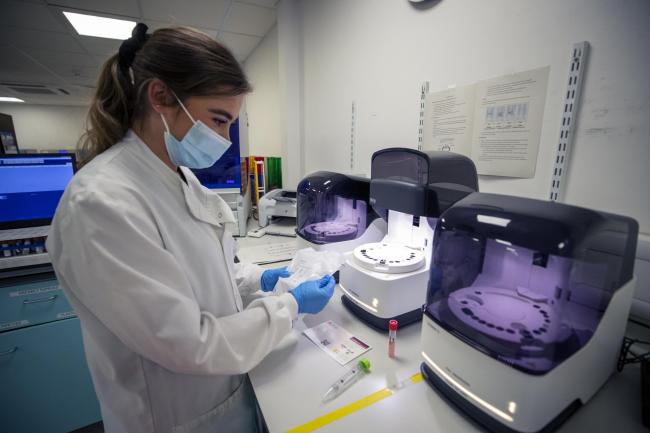 Public Health Scotland will stop publishing data on covid deaths and hospitalisations by vaccination status – over concerns it is misrepresented by anti-vaxx campaigners.

The public health watchdog announced the change in policy in its most recent covid statistical report, saying the frequency and content of the data would be reviewed.

Instead, officials will focus on publishing more robust and complex vaccine effectiveness data.

PHS officials said significant concerns about the data being misused deliberately by anti-vaccination campaigners is behind the move.

The report published on Wednesday will be the last weekly publication to include the data on infection rates among the vaccinated and unvaccinated.

It also includes hospitalisation and death rates, broken down by the number of doses received.

Officials said two issues relating to the unvaccinated population and testing habits meant the data was no longer robust and open for misinterpretation without context.

The population data used for the unvaccinated population is based on GP registration details, meaning it includes people who are registered but may not live in Scotland.

As the vaccinated population grows, this flaw in the data becomes more pronounced due to the true number of unvaccinated people being much lower than the number used.

One PHS official said focusing on vaccine effectiveness rather than the existing ‘very simple statistics’ would result in ‘much more robust’ data for the public.

They said: “The main important point around all of the analysis is we understand whether the vaccines are working against catching it and against getting severe Covid, and that’s where the vaccine effectiveness studies come in which are a completely different methodology.

“The case rates, hospitalisation rates, the death rates are very simple statistics, whereas for the vaccine effectiveness studies we use modelling, we compare people who have tested negative to those who have tested positive and match them on their underlining co-morbidities.

“It’s a completely different method which is much more robust and that’s what we want people to focus on.”

The data has been promoted on social media by the American right-wing opinion website, The Blaze, and anti-vaxxer American talking head Alex Berenson.

The PHS official told The Scotsman: “What is happening is people are looking at those simple data and trying to make inferences about the vaccination, whether the vaccines work, inappropriately and sometimes wilfully.

“There are so many caveats and they just pull certain figures out that should not be used.

“What we are going to do is do a lot more on the vaccine effectiveness side and try and make people understand how effective the vaccine is.

“For example we know it is 50 per cent effective against getting infected, but that it is much higher effectiveness against hospitalisations and deaths which is the key thing really as that’s what we want to prevent.”