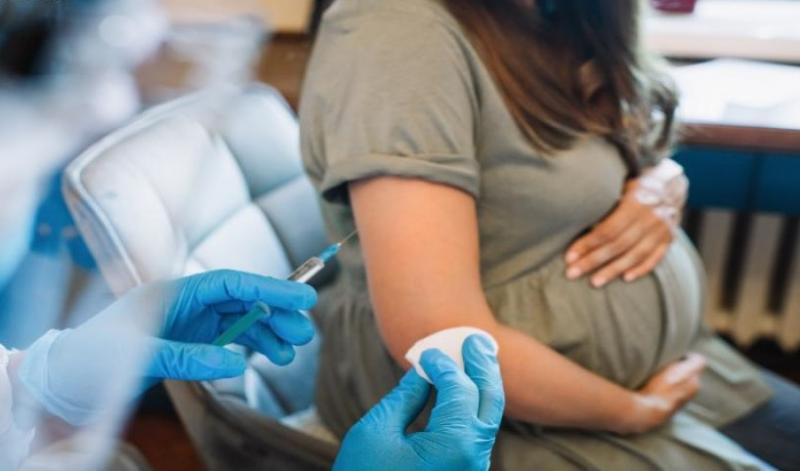 In July 2021, The Exposé exclusively revealed how data had been manipulated by scientists carrying out a real world study for the CDC to show that Covid-19 vaccines were safe for use during pregnancy.

However, our analysis proved that these numbers were extremely misleading due to the fact that of the 827 completed pregnancies, 700 / 86% of the women had received a dose of either the Pfizer or Moderna Covid-19 vaccine during the third trimester of pregnancy, meaning it was impossible for them to suffer a miscarriage due to the fact they can only occur prior to week 20 of a pregnancy.This meant that just 127 women received either the Pfizer or Moderna Covid-19 vaccine during the first / second trimester, with 104 of the woman sadly losing their baby.Therefore the rate of incidence of miscarriage was 82%, not 12.6% as presented in the findings of the study, and the authors of the study have since admitted that they made a mistake, issuing a correction six months too late, because the study has been used to justify Covid-19 vaccination of pregnant women and new mothers around the world.

But now two researchers from New Zealand have re-analysed the study and called for countries to halt the administration of Covid-19 vaccines to pregnant and breastfeeding women immediately due to extremely concerning findings.

The correction resolved some of the issues, but there are still more, according to Dr. Simon Thornley, a senior lecturer in the University of Auckland’s Section of Epidemiology and Biostatistics, and Dr. Aleisha Brock, another researcher in New Zealand.

According to Dr Thronley “The article’s conclusions haven’t changed substantially as we believe is warranted from our re-analysis of the association related to early exposure to the vaccine in pregnancy, which indicates a substantially increased risk from background.”

Thornley and Brock re-analysed the data and calculated the incidence of miscarriages in the first trimester was actually 82 percent (as concluded previously by The Exposé) to 91 percent in a paper published in Science, Public Health Policy, and the Law.

Of the 827 pregnancies reported through the V-Safe registry, operated by the CDC, 712 resulted in a live birth. Nearly all of them were among women who were vaccinated in the third trimester. Of the other pregnancies, 104 resulted in miscarriage. Most of those occurred before 13 weeks of gestation.

Using data from the study and several estimates, the New Zealand researchers calculated that spontaneous abortions occurred in 81.9 percent to 91.2 percent of the women who were vaccinated before 20 weeks of gestation.

Thornley and Brock conclude in their analysis that they ‘question the conclusions of the Shimabukuro et al. study to support the use of the mRNA vaccine in early pregnancy, which has now been hastily incorporated into many international guidelines for vaccine use, including in New Zealand.’

‘The assumption that exposure in the third trimester cohort is representative of the effect of exposure throughout pregnancy is questionable and ignores past experience with drugs such as thalidomide. Evidence of safety of the product when used in the first and second trimesters cannot be established until these cohorts have been followed to at least the perinatal period or long-term safety determined for any of the babies born to mothers inoculated during pregnancy,” they added.

Pfizer, it was noted, says on its vaccine’s label that the available data on the vaccine “administered to pregnant women are insufficient to inform vaccine-associated risks in pregnancy.”

Dr Brock and Dr Thornley strongly disagree and state that considering the evidence presented in their analysis, that they suggest the ‘immediate withdrawal of mRNA vaccine use in pregnancy (Category X)[41] and those breastfeeding, alongside the withdrawal of mRNA vaccines to children or those of child-bearing age in the general population, until more convincing data relating to the safety and long-term impacts on fertility, pregnancy and reproduction are established in these groups.’

This includes 369 reports made against the Pfizer mRNA injection.

Two-hundred-and-fifteen reports made against the AstraZeneca viral vector injection.

Thirty-seven against the Moderna mRNA injection.

And 2 where the brand of Covid-19 vaccine was no specified in the report.

The question is, how many of these spontaneous abortions were suffered following the use of a study in which CDC scientists manipulated the data to justify the safety of administering a Covid-19 vaccine during pregnancy?